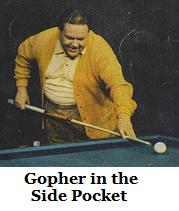 Snow covered the grass parking lots, a misty rain fell through most of the game, but the Nittany Lion team put on their best performance of the season for the Homecoming crowd of 107,981 en route to beating the Minnesota Gophers 20-0. This was the first shut-out since PSU beat Temple in 2007. It was the first “complete” game the Lions have played this year, although special team coverage and punt returns continued to be a weak spot.

Daryll Clark threw for 287 yards, completing 21 of 32 pass attempts and no INTs. Royster was back in form with 137 yards on 23 carries. Beachum got the ball a few times, mainly since Green had an ankle injury. The offensive line provided Clark with protection, and Clark looked more comfortable in the pocket than he has in other games this year.

But sparked by the return of Sean Lee to the line-up, the defense shut-out the Gophers and won the gold stars for the day. The little varmints brought bad weather with them, but no protection against a tenacious pack of Lions. Minnesota managed just 138 total yards, with only 37 on the ground. QB Weber was picked off once for the only turn-over in the game. With such a lack of production, it is no wonder they only had 7 first downs in the game. But what is even more revealing is the time of possession disparity which the Lions won nearly 42 minutes to 18!

Penn State has not allowed a first half touchdown this season, and only five total touchdowns on the year. This was the 40th shut-out of Paterno’s coaching career.

The Gophers got within sniffing distance of the goal line—their only trip into the redzone the entire day—early in the fourth quarter. With a first and goal from the eight, the Gophers got the ball to the one before turning the ball over on downs after a spectacular goal line defensive stand. Bowman and Wallace strung the play out and wrapped up Whaley short of paydirt. The Lion offense did not score on the ensuing drive, but moved the ball out of the shadow of the endzone and finished it off with a punt that trickled into the Gopher endzone for a touchback. Mission accomplished and shutout intact.
A lot of talk this previous week was about the Minnesota linebackers (a non-factor for the most part) and All-American receiver Eric Decker (an even bigger non-factor with a single catch for 42 yards.) I’d be cautious about calling this a statement game, but the Lions are definitely saying something. Slowly but surely, this group is improving each week. There is still room for improvement, especially on special teams, but I think things are starting to come together for the offensive line and the running game.

On a day when upsets or near upsets seemed like a dime a dozen, Penn State did just what you would expect a ranked team to do. They dominated the game despite adverse weather conditions. It’s too bad we played !*w@ so early in the season, because I don’t think this team has peaked yet. But there is a lot of football left to played—a lot of winnable games—but a field of potential landmines still awaits between today and the January bowl season.

All-American defensive tackle Sharrif Floyd did not attend due to “miscommunication.” Virginia OT Kolb was among the uncommitted recruits in attendance.

Joe Paterno is now at 389 career victories, FIVE ahead of Bobby Bowden, appeal of 14 other Bowden wins notwithstanding.

!*w@ is the only undefeated team in the Big Ten, overall and in conference play. They took down the Badgers in Madison after trailing at halftime, a game eerily similar to their victory at Beaver Stadium. The final score was 20-10, almost identical to the 21-10 decision that opened conference play. The Hawks travel to East Lansing next week.

But the BIG story of the week was the upset in West Lafayette, where the unlikely Spoilermakers took out Ohio State 26-18. Cryor threw two picks and fumbled twice, as the Buckeye offense sputtered miserably. The Boilers are 2-5 but that includes a two point loss to a good Oregon team and a 3 point come from ahead loss to the Irish. The Buckeyes will try to rebound against the Gophers next week.

THEM rolled over Appalachian Delaware State 63-6. They will host us, hopefully not roast us or toast us, next week.

Michigan State overcame a slow start to upend the Wildcats 24-14. Luckily for Northwestern, they can bounce back against the Hoosiers next week.

The Hoosiers, though, managed to win 27-14 against Illinois, the only team without a conference victory. The Illini will take on the Spoilermakers next week.

Wisconsin has a bye next week.

1. Va Tech—Hokies are chokies, losing to Ga Tech
2. The Buckeyes—thanks for hurting our schedule strength!
3. Nebraska—shucked by Texas Tech 31-10
4. Kansas—first loss to Colorado. Thanks for playing.
5. Oklahoma and Sam Bradford—so close . . .
6. The Irish—having suffered through the streak against THEM—I feel your pain. I still enjoy your pain. But I feel it.
7. South Florida-“bull”ied by Cincy

Penn State heads west to Ann Arbor. How good is THEM? Who knows? 4CA has looked awesome at times, and beatable at others. The team looked good against the Irish, but then lost to Michigan State in OT. They almost beat the Hawkeyes, hanging in to the bitter end.

The scary part of this game is the location. If this were at Beaver Stadium, I’d think our chances were really good. But in Ann Arbor, strange and unfair things seem to happen. I don’t think we’ll need to worry about Joe clamping the playbook shut like he did in 2007 with Morelli at the helm. But you never can be sure with Joe, stubborn as he can be. THEM has the 8th ranked rushing attack in the nation, but they will face our 6th ranked rushing defense. I expect this to be a real nail biter, but I am wondering how 4CA will look against our defense.