What the Buck was that?

Did that seriously just happen? Again?

Like a bad remake of Groundhog Day, Penn State fans relive the same scenario over and over.  They watch their team dominate an opponent for three quarters, only to watch helplessly as the other team mounts a late comeback as James Franklin snatches defeat after defeat from the jaws of victory.

This was supposed to be Back to the Future.  Dr. Emmett White was supposed to go back to 2016 and bring back a Penn State victory over the Buckeyes.  But the DeLorean never made to the requisite 88 miles per hour, as the PSU offense sputtered to a mere 26 points.

There were at least four plays that conspired to hand Penn State it’s first home loss since 2015.

First, the fumble by Sanders late in the second quarter.  Penn State had smothered the Buckeye offense to this point, and was poised to take a 13 (or possibly a 16 or 20 point) lead into the locker room.  Instead, the Buckeyes took advantage of a short field and pulled within a score before the half.

Second, was the inability of the offense to convert prior to the punt which ended up at the Buckeye 2 yard line.  A first down and few more yards could have put PSU in a position for a field goal.  Penn State was 100% in the red zone this year, but just couldn’t get the ball there.

And while the punt to the two yard line (in the shadow of the student section) should have made a comeback more difficult, play #3 was the defensive let down that allowed the Buckeyes to move the ball to midfield on one play.

And then there was the fourth down play.  WTF???!!!  Two time-outs and that was the best we could come up with?  I’m sorry, James, but this is not about the semantics between a great program and an elite program.  This is about a coaching staff that took the ball away from their best player–a possible, but likely no longer Heisman candidate–and put it in the hands of a player that was having a bad night.

The much heralded return of Tommy Stevens and the Lion position, was well, disappointing.

You may have noticed that I have given no credit to the Buckeyes.  Had they dominated us and deserved to win, I would.  But that is not the game that transpired.  The Buckeyes were pwned for 3 quarters, we gifted them the first score with a fumble and we gave the game away in the fourth quarter by shooting ourselves in the foot numerous times and making poor coaching decisions.  Go on Bucks.  Add another Big Ten trophy to your case.  Get your asses handed to you by an SEC or ACC team.  It will be like Groundhog Day all over again.

Sooooo, when you need–HAVE TO HAVE–5 yards to keep your play-off and Big Ten Title dreams alive, you would go to . . . 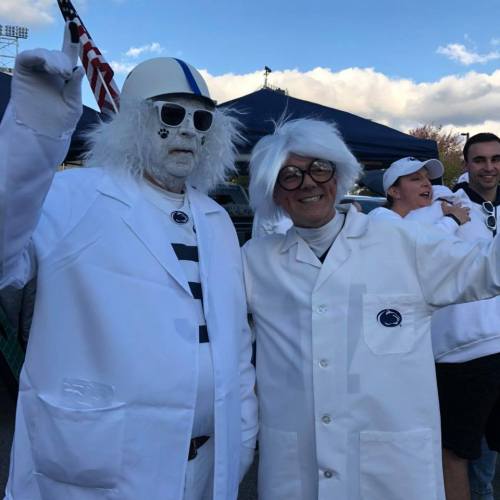 McSorley keeps his streak of games with a TD pass intact.

At least we’re not Nebraska.  Still winless, the Huskers were shucked by Purdue, 42-28.

The wolverines had to come back from a 17 point deficit to beat Northwestern 20-17.

Minnesota, Illinois, Maryland and Wisconsin all failed to schedule games this weekend. 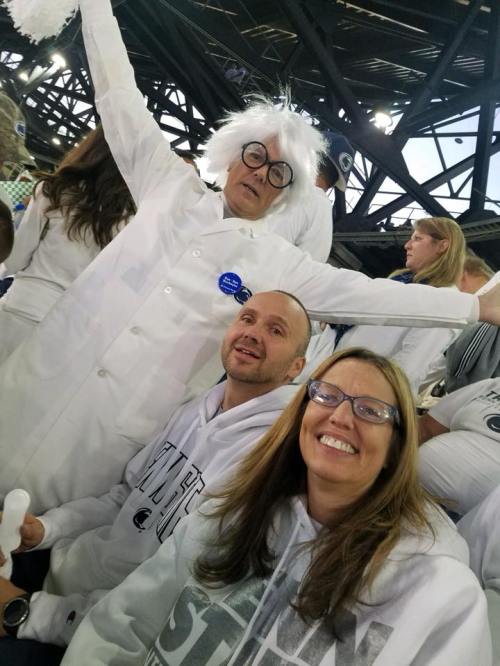